Band of the Week: Woozy Viper 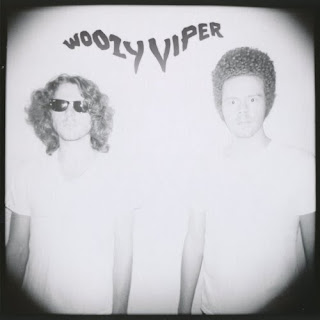 For fans of: King Khan, The Velvet Underground, White Denim, The Doors

There’s a scene in the Oliver Stone film The Doors, just before the band get signed. It’s them playing at a tiny club, and the mostly female crowd are absolutely intoxicated with Jim Morrison’s stage presence. Even though the band was what we would now consider an “indie” band at the time—unknown and unadulterated, the righteousness of the music just poured into the room and enraptured everyone around. There is a certain quality in great unsigned bands, there’s nothing else quite like it. They know how good they are, you know how good they are, and the whole room is just waiting for the rest of the world to catch on.

This is what Woozy Viper’s music sounds like to me. At times, they remind me of The Doors (like on “Love Scented Candles”). Mostly, they just make me damned proud of being an American. Lo-fi music via the Midwest never sounded so good. Luke and Mitch Meseke are brothers who come from Kansas. And all they wanna do-oo is make sweet love to your ears. The music is gritty and repetitive, but in a really appealing way. It’s infantile, but not immature. What I mean is that, especially on songs like “Whoa Baby”, the band manages to draw me back to my own childhood (even though I grew up in a suburb, not on a ranch). It’s nostalgic by default, not definition.

You know how some bands are obviously trying NOT to impress, but those are the ones you end up loving the most. The irony is oh so delicious.

The NYC-based duo is so confident in their inevitable future blow-up success that they’re offering their self titled debut for free online. You should do yourself a favour and get acquainted with their songs now, before everyone claims to have always loved them. You-know-exactly-what-I’m-talking-bout-Willis. When you’re done, you can join me as I anxiously wait on some tour dates.

visit the band on MYSPACE
Posted by Hanan at 7:55 PM

Comments
Send me your track