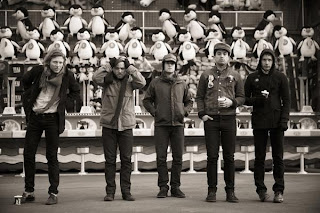 my heart just skipped a beat.

thank you Brooklyn Vegan. thank you so much. I have been periodically checking out this band's MYSPACE page for new tour dates and always have been disappointed.

FINALLY, MY TIME HAS COME! February 4th! that's only 2 months away!

best damn opening band of my life. one of the greatest live acts out there. if you see a show within a 50 mile radius of your residence, GO. this band will change your life.


um, I think that speaks for itself.

Band of the Week: The Morning Benders 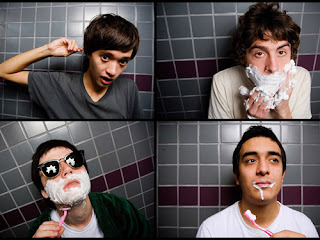 I remember seeing these guys in the Daily Cal (our school's newspaper) before all of the internet buzz happened (during their support of The Kooks' and DCFC's tours). I was intrigued by their name and looked them up, liked their sound. Their album Talking Through Tin Cans is one of my favourites of the year

catch them TONIGHT at Rickshaw in the city at 8:30 with The Soft Pack (previously known as the Muslims)

the Berkeley based band is melodic heaven to the 7th degree.

for fans of: Voxtrot, Oh No! Oh My!, What Made Milwaukee Famous, Sondre Lerche, and of course, the very band that influenced them the most, The Beatles =)

The Morning Benders - Waiting for a War [mp3]

The Morning Benders - I Was Wrong (daytrotter session) [mp3]

visit them on MYSPACE and have another amazing musical addiction. they are soon to be coheadlining a tour with the Submarines.

and buy their debut LP, Talking Through Tin Cans on AMAZON

watch the video for Waiting for the War below:

Labels: band of the week, berkeley, the morning benders

I JUST finished folding laundry, organizing my room and vacuuming/dusting it. I feel very accomplished. I also found my camera cord which means you all get to enjoy these pictures 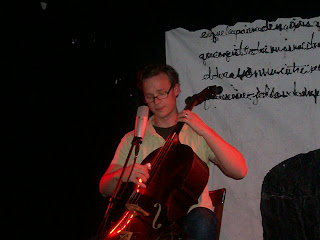 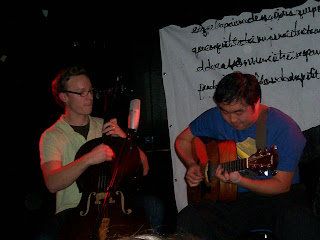 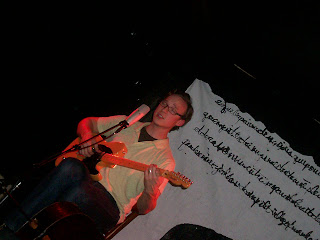 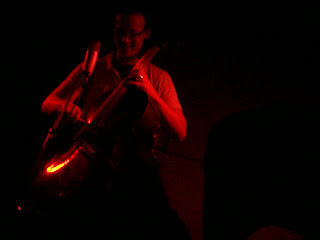 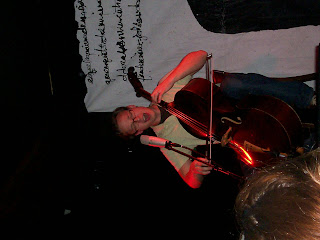 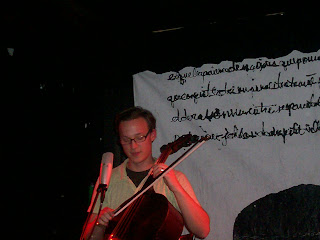 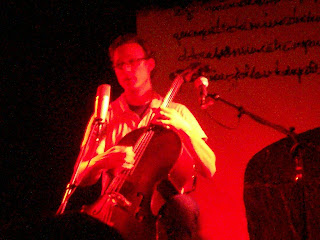 I didn't get a photo with Ben because my batteries died by the end of the show =( but here is something almost as good: 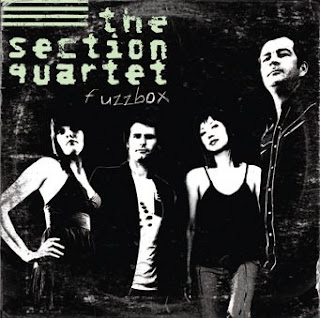 I know it's super late, guys, sorry! I haven't been online for a couple of days

hope all is well, enjoy the belated tunes!

The Morning Benders - I Won't Share You (Smiths cover) [mp3]
this song came to me in a dream. seriously. I heard it in my dream. this amazing Berkeley band (woot!) is dug deep in my subconscious.

The Section Quartet - Time is Running Out (Muse cover) [mp3]
I love this band. I bought Fuzzbox after hearing this cover and their amazing cover of Juicebox. twas an excellent investment. there are copies for just 50 cents on AMAZON. go for it!

visit the Section Quartet on MYSPACE
Posted by Hanan at 6:50 PM 2 comments