I'm trying to incorporate weekly specials into my blog, so here you go:

word of the day: Children WHY HAD I NOT HEARD THIS BEFORE?!

apparently, Niko, The Strokes' bassist, is coming out with a solo record this fall, called "The Time of the Assassins"

a lot of people think that, in "Brandy of the Damned", it's Julian singing the "Don't let them get you down" part. I beg to differ. I can see how people not overly familiar with The Strokes could think that, but I am 99% sure that that is NOT Julian. The guy singing the other parts has the same (although distorted) voice throughout the song, and I am sure it's Niko.

either way, it's good shit. Jules, Albert and Niko all have top notch vox.

listen to the mp3s and decide for yourself. what do you think?

visit Niko's side project on MYSPACE

on another, related note, I read that Fabrizio, The Strokes' drummer, is doing a solo project with Rodrigo Amarante of Los Hermanos, a Brazilian band; the record is supposed to be released via Rough Trade Records this fall. wow.
Posted by Hanan at 5:00 PM 0 comments

band of the Week: Delta Spirit

this San Diego, CA based band is one of my favourites. I discovered them when they opened up for Matt Costa, by far the best opening act I have ever seen. they are super hard working and their debut "Ode To Sunshine" was signed onto a label a couple of months back. I was very happy for them when I heard the news. 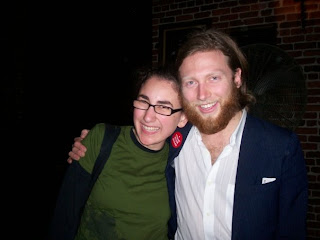 their sound is a fantastic fusion of soulful folk with rock.

I love them so much that I have TWO posters of them in my room. check them out!

David Bowie talks about his favourite songs by him

Cold War Kids' "Loyalty to Loyalty" is due out this fall

the tracklisting of their sophomore effort is as follows:

new video: My Drive Thru

love it. shoe commercials never had it so good. it's so weird to see Jules with long hair though. he's sporting the Nick look.

anyhow, I acquired the mp3 of this funky tune a while ago, so enjoy.

we are all desperate for a new Strokes record, and according to Albert, they'll be getting together to work on it at the end of this year. for now, Albert's excellent sophomore record and their previous 3 LPs will have to sustain us.

wow, I knew I loved this guy.
he's put in song what millions of us have felt, especially with the whole Bonarroo fiasco.
Kanye needs to get his head out of his ass, immediately. He has been worshiped by the media for far too long, he's lost touch with reality.

anyhow, download the excellent track below and be sure to give Mr Sollee a visit on his MYSPACE

Greatness is a glass elevator, and so you are, if I recall
So use it make some real change not just advertisements at the mall

Dear Kanye
It’s time to let go
You’ve gathered the moss of
More than a dozen sullen stones
People want music on a real stage
Not the one you bring along
Posted by Hanan at 5:42 PM 2 comments 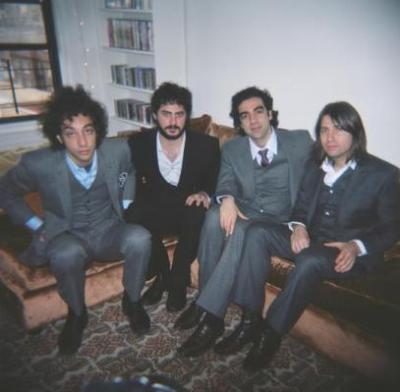 Albert Hammond Jr has proved to naysayers that he is not just the Strokes’ mysterious rhythm guitarist, after a great debut solo record, Yours To Keep, he’s come back stronger than ever with his sophomore LP Como Te Llama. “In My Room”’s heavy guitar sounds are nothing like anything on YTK, or any Strokes record for that matter. If his debut was a children’s lullaby, Como Te Llama is an angsty teenager realizing the power of their voice. “LET’S MAKE SOME NOISE!” seems to be the message Albert is trying to send.

“Lisa”, my least favourite track on the album, establishes that this album will not be one long drone, but a mixture of different genres, including the beautiful instrumental track “Spooky Couch” and the very reggae “Miss Myrtle”. Albert experiments with his vocals in vein of Julian a la First Impressions on “Rocket” and “Victory at Monterey.” Albert's incredible musical talent manifests itself with "GfC", but so does his evident lack of mindblowing lyrics. Perhaps this is the reason that they were left out of the liner notes...

"I remember being on stage and wanting to have different kinds of songs," Albert said. "When you go and tour your first record you only have your 11 songs and a few covers, maybe. You're craving new songs. I write everyday. Slowly it starts to come out -- all the experiences you've had. At the end, you have this product that's from music influences, movie influences, life influence, playing live ... everything."

The record is all over the place, but Albert ends it perfectly with “Feed Me Jack or How I stopped Worrying and Love Peter Sellers”, one of the most subtly powerful and incredibly moving songs Albert has ever written. It’s as though he wants to remind fans that after the day is done, and he’s finished experimenting, he will always be the Albert who warms our hearts and our souls. 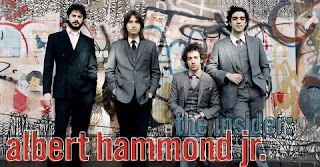 about his new record, Como Te Llama, and other stuff.

according to Albert, The Strokes are gonna get together later this year to start working on their new album.

The Vines are streaming their new record online


The "Australian Strokes'" newest effort, Melodia, is set for a July 22nd US release.

hear the new songs, hot off the press, on their MYSPACE