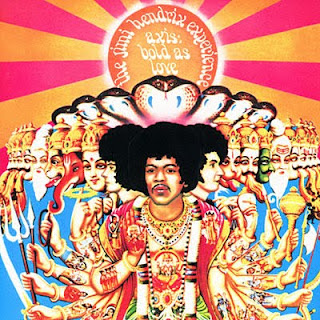 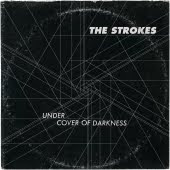 The lead single from the first new Strokes record in five years barrels into the bar with "Return to Form" written on its forehead. "Under Cover of Darkness" (set to be released February 9th on the band's website) takes the basic elements of their sound, breaks it down, builds it back up and expands it: the skinny-tie boogie bounce of "Last Nite," wave after wave of cute and sharp interlocking guitar, and a grand, gaping chorus where Julian Casablancas torments his vowels like he's got them trapped in his secret basement laboratory. The band members even throw in tricky tempo changes and a weird, slow breakdown just to show us they've been woodshedding. "I've been all around this town/Everybody's been singing the same song for 10 years," Casablancas observes. So the Strokes give us that same old song one more time, primed and polished for a new age.
Posted by Hanan at 10:05 PM 2 comments 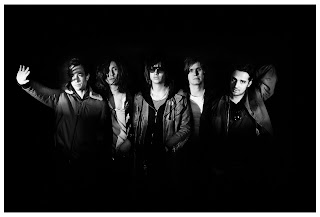 Angles track listing:
1. Machu Picchu
2. Under Cover of Darkness
3. Two Kinds of Happiness
4. You’re So Right
5. Taken For A Fool
6. Games
7. Call Me Back
8. Gratisfaction
9. Metabolism
10. Life Is Simple In The Moonlight

Nikolai via SPIN
Posted by Hanan at 11:55 PM 3 comments

this show was so incredible:

Grand Lake - "In The Mouth Of A Desert" (Pavement cover) from Echolocale on Vimeo.