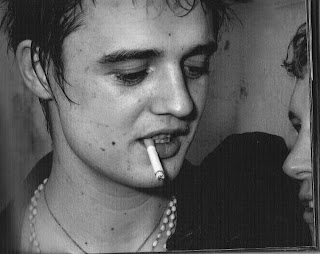 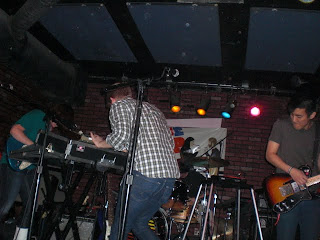 Last Saturday night, like most nights at San Francisco’s Bottom of the Hill, was filled to the brim with music. The crowd and the performers seamlessly synced together, clad in the same apparel, drinking the same lager, discussing the same albums. People watching one set ended up playing on stage soon thereafter. There was a lack of pretentiousness, and good vibes ran strong.

Letting Up Despite Great Faults come from LA and channeled My Bloody Valentine on stage well beyond anything which they have produced on record so far. The ethereal songs were played by the four band members, who (except for their drummer), all played various instruments proficiently. I think that was my favourite bit of their set, seeing the band journey within the stage, sharing vocal responsibilities and synth duties. With bands like Letting Up Despite Great Faults, the very allure of the music comes from the distinctive sound of each song played, because the lineup varies from song to song. The instrumentation was consistently top notch, and the band’s set was received well with the crowd, despite their less than ideal spot as the first of four bands playing.

Three other bands played after Letting Up Despite Great Faults: Birds and Batteries, Loquat, and the effervescent Noise Pop headliners themselves, Memory Tapes.

Birds and Batteries had a Radiohead-loving avant guard attitude about them, coupled with strong vocal deliveries similar to Wayne Coyne’s. Loquat had good, guitar driven musicality but a singer who should have been at American Idol auditions instead of on stage at an indie music club. Memory Tapes went above and beyond stimulating multiple senses at once, delivering powerful doses of musical inebriation.

all in all, another fantastic night of music at Bottom of the Hill

Letting Up Despite Great Faults - In Steps [mp3]
Posted by Hanan at 9:00 PM 1 comments 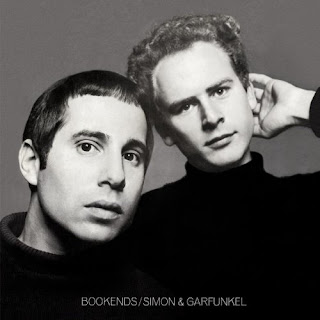 I was going through my vinyl today [which I've lugged around through various moves], organizing and mulling over the fact that I don't listen to my records enough (even though I'll spin 4 or 5 a day)

I always love coming across Bookends by Simon and Garfunkel. "America" just transports me to the amazing world of Almost Famous. right now, my LPs are organized alphabetically and Sounds of Silence is staring at me. I feel a S&G binge coming on... 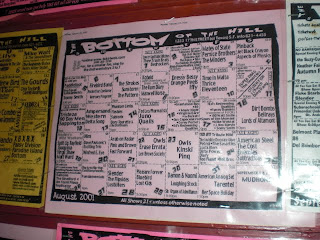 oh Bottom of the Hill, I love you, but you mock me. two days before my 12th birthday. le sigh.
Posted by Hanan at 1:23 AM 2 comments 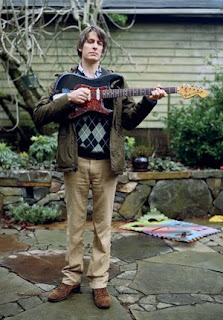 "It's not like some Radiohead record, where the whole thing is good. Our records aren't good in that way. Our records are more attitude and style, sort of in a punk way. We're good in the same way the Strokes are good."
oh yes you are, Mr Malkmus. quite worthy of obsessive listening rampages and tattoos, methinks

PS G-D DAMN YOU CALEB, YOU SCARED THE SHIT OUT OF ME TELLING ME THAT THEIR SHOW AT THE GREEK WAS SOLD OUT, I JUST CHECKED AND TIX ARE AVAILABLE! so I'll see you there babe.
Posted by Hanan at 9:25 PM 2 comments

today I had a long (mental) conversation with myself (ie a big think) about all the epicness I've witnessed in concert. and it got me nostalgic for this video:

cheers to Blair at Certain Songs for reminding me of how much this band rocks.
Posted by Hanan at 8:58 PM 0 comments 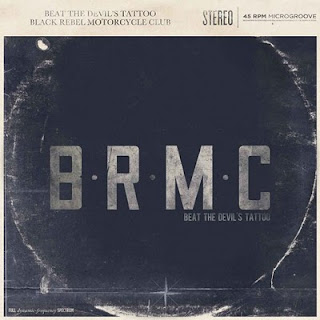 I have a problem with Black Rebel Motorcycle Club. It’s their name. Trying a little too hard to be badass? Their poor choice of moniker has always caused me to keep my distance, I never really got into the band. And, as I listen to the latest from the San Francisco band, I feel justified in my previous skepticism. Beat The Devil’s Tattoo, their sixth studio LP to date, is underwhelming to say the least. Neither ferocious nor endearing, the album is like a lull version of a Jesus and Mary Chain album. These songs seem like they would translate well on stage, though. So the verdict is as follows, don’t rush out next Tuesday to buy the album, but if you do have a chance to see the band live, do it.
2.5/5

yo.
a few weeks back, there was NEWS of blogger/google shutting down mp3 websites because of "illegal" file sharing or whatever. one of my faves, pop tarts suck toasted got the axe, and moved over HERE
I just got an email from Ariel who runs Troubled Souls Unite (a damn fine music blog) saying he had to move to WORDPRESS because the man shut him down. this is a quick post to update any of you who, like me, may have had the blog on an RSS feed and would not be aware of this fact otherwise. if not, you should start reading it.

finally, if Music Induced Euphoria ever disappears off the map, you will most likely find me on wordpress or just at a ".com" (ie musicinducedeuphoria.com)
in any case, it wouldn't hurt to add my email addy to your books, it's h_erikat89@yahoo.com

some people have first aid kits, I have posts like these.

Song of the Day: The Offspring - Self Esteem 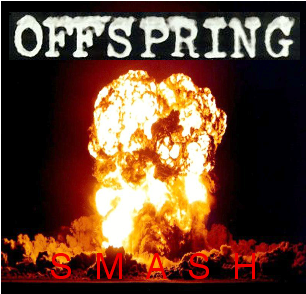 I really love it when songs tell stories...vividly.

Labels: song of the day, the offspring 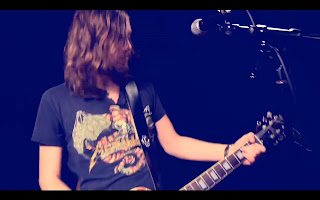 head on over to Insound Studio's Website to watch three videos dripping with excellence. the band played "Free Energy", "Bang Pop" and "Dream City", all of which, I believe, will be found on the debut.
I am wearing my Stuck on Nothing shirt right now cause I wore it to work yesterday and then slept in it.
Posted by Hanan at 8:51 AM 1 comments

I was gonna post this last night but I exhaustedly fell asleep reading SLAM by Nick Hornby. this week has been outrageously busy to say the least, but expect a return to regular posting tonight.

a lot of you know about this already (cause I saw your entries ; ) )
but BUZZNET is hosting a really cool contest where you could be Jules' "official blogger + photographer" and get free tickets to one of his remaining US shows. I chose Austin (I think?), it's during my Spring break and I would definitely fly out.
anyhow, best of luck to everyone and heeeeeeeeeeere is my entry if anyone is interested
Posted by Hanan at 8:45 AM 1 comments 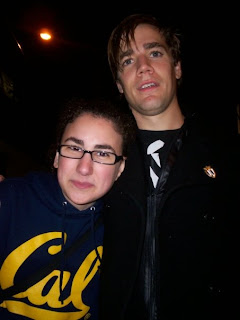 well, technically, my blog's birthday was yesterday but I am a neglectful mother.

I would just like to take a moment to thank everyone who reads, follows, and comments on this blog. I really appreciate your feedback and support, and am absolutely blessed to be part of such a wonderful music community

I was thinking about the music blogs which inspired me the most to start up my own, and The Needle Drop takes the cake. it's my favourite music blog, and the guy who writes it (Anthony Fantano) is incredibly knowledgeable about music...he listens to probably three times as much music as I do, which confounds me 'cause I spend all of my time listening to music. his reviews are spot on almost every time.

HERE is a link to the first posts I did, three concert reviews: Vampire Weekend, The Hives, and Mika

because I am cliche and predictable, I will post my favourite song (again)

Voxtrot - The Start of Something [mp3] 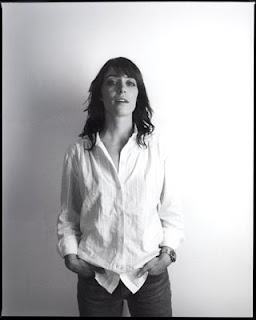 "I probably think Phrazes for the Young is better"
HAHAHAHAH OH MY GOODNESS. BEST ANSWER EVER.
Posted by Hanan at 11:18 AM 1 comments