The Dandy Warhols on tour with the Upsidedowns 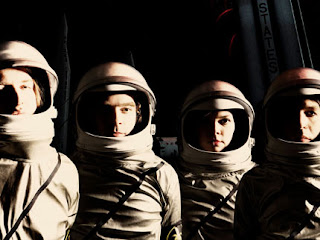 ...to support their new record, Earth To Dandy Warhols, set for an August 19th release

tour dates and mp3 below

ALBERT HAMMOND JR IS ON TOUR!

I check his MYSPACE and website daily in hope for updates, and he's finally posted some tour dates to support his fantastic new record Como Te Llama. Sadly, it's a very limited list, and the closest one to me is LA, which is like 4 hours away. He's playing a Tokyo show on my birthday. I so want to go. I'm keeping my fingers crossed that he'll post up some more soon, this looks like it's just the summer tour, he will definitely have more soon. Or else I shall have to resort to drastic measures, like take a road trip to LA in this age of ridiculous gas prices.

tour dates and mp3 below: Oasis has signed a new record deal with Sony BMG, for 3 records, one of which is set for a release later this year. Read more on NME

last but not least, Sigur Ros' North American Tour Dates went on presale this morning (about an hour ago) and a lot of them are sold out. See the complete list HERE

these guys are a great band I've recently discovered. They hail from NY, and I have NEVER said this about any band, but they remind me of The Strokes. They have a GREAT sound that is harmonious and crazy catchy in that great flower-power decade way. "Stella" has very Strokes-y guitars too. So it's appropriate that Albert Hammond Jr just produced their new single, "123 Stop", because he was impressed by their sound. You will be too! Now check them out on MYSPACE and show them some love!

According to a SPIN interview, they're gonna be in the UK for a tour, but I hope they'll be back in the US soon, and that they stop by my neck of the woods. I would love to see these guys live.

I don't have any mp3s yet, so youtube is gonna have to suffice for now:

on a side note, Conor Oberst (previously of Bright Eyes) has a whole bunch of new tour dates
Posted by Hanan at 11:53 AM 0 comments

Chris Martin is a thief, a liar, and a PRAT.

if you haven't heard already, a Brooklyn band called Creaky Boards is claiming (rightfully so) that "Viva La Vida"'s melody was stolen from their "The Songs I Didn't Write". now, I know that this is the music biz and these type of things happen all of the time, and become public knowledge with singles (for example, the LSP's "Age of Understatement" borrows a lot from Muse's "Knight of Cydonia", RHCP's "Dani California" = a remake of Tom Petty's "Mary Jane's Last Dance", even The Strokes admitted to borrowing the riff for "Last Nite" from Tom Petty's "American Girl". Tom Petty was cool about the whole thing Music is a great thing, but sometimes it's hard to be completely original and you need to take things from here and there. That's just the way things work

What pisses me off more than anything is when a band denies it.

Now, make the decision for yourself. Here's the video making the claims:

also, the band blogged about it HERE

now, when I first heard it, I definitely caught onto the similarity of melodies, but thought "hey, no big deal", especially because the Creaky Boards frontman was so civil about the whole thing, not bitter at all. It's not fair how people are accusing him of wanting his 15 minutes of fame.

visit Creaky Boards on MYSPACE . at least their music won't put you to sleep.

When I saw THIS ARTICLE on NME where Chris Martin denies the whole thing, I lost it.

Seriously, man? Ok, yeah, according to your journal you were not at the gig, but hello this is the age of the internet and anyone can hear anything from any part of the world. Just because you weren't at the gig doesn't mean you're off the hook.

I am officially boycotting Viva La Vida. I was planning to go out and buy it but not anymore. I can live without it, it's been tainted with Chris Martin's ridiculousness.

some cool new Spoon tracks are available for DOWNLOAD HERE

also, Albert Hammond Jr's Como Te Llama has been leaked online for the last couple of days, I found out yesterday and was ecstatic. I like most of the songs, a couple are less than perfect but overall it's a good record. I love this 7 minute instrumental song he does in the middle, called "Spooky Couch". I love the first half of the record a lot, but I feel like Yours To Keep is a better album overall. I like that Albert tried new things, and his guitar sounds are mindblowing, they're a lot more powerful than anything he's done before. The bass in "Victory at Monterey" [mp3] is catchy and super sexy. I love it. So, Albert, great job and I will definitely still buy it on July 8th (I actually was planning to do that regardless of what it sounded like haha yes I am a die hard fan.)

more good news, the Last Shadow Puppets are playing the debut live gig at the Reading and Leeds festivals in August:

for "Standing Next to Me":

they look great, as always =)

the Sex Pistols denied their punk-ness. wow, I don't know what to say. I've always associated the Pistols with Punk. now I have to redefine my entire existence.

there isn't very much new music news on a Sunday morning, so I'll just introduce a cool indie band I like, Oh No! Oh My!, from Texas. visit them on MYSPACE

they're working on a new record right now, so they probably won't be touring for another few months