I went down to my favourite record shop a couple of days ago, and on the way down was yearning for this day to come.

once again, I shall reiterate, I LOVE THE INTERNET.

Blair at CERTAIN SONGS brought this to my attention. I'll rehost the song he uploaded, and will upload more once my own download finishes and I pick which ones I love the best

Oasis - Waiting for the Rapture [mp3]

if the Kings of Leon set sex on fire, Oasis are setting the stars ablaze. this is quite possibly my favourite Oasis song in a looong time. Oasis are reminding us why they are one of the world's biggest bands right now, and helping us realize that they are still quite relevant today. Long live the Gallaghers and co.

wow, that was really fucking fantastic. here are a couple of stand out tracks

as always, I'll post a proper review once the album is officially released.
Posted by Hanan at 3:36 PM 0 comments I have to read it for school in a couple of months but I got a head start because I've always had trouble reading Faulkner. Now, however, I fully appreciate the sanctity of his magnitude.

Anyhow, here are some songs concerning the Southern parts of our glorious nation (whoa, where did that come from? haha)

OH, BY THE WAY, I KEEP HAVING TO MAKE NEW ACCOUNTS TO UPLOAD MP3S TO, SO PLEASE, IF YOU WANT TO DOWNLOAD ANYTHING AND IT SAYS THAT I'M OUT OF BANDWIDTH, DROP ME A MESSAGE AND I WILL REUPLOAD IT!
Posted by Hanan at 3:13 PM 0 comments

Band of the Week: The National 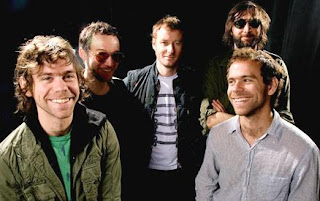 One of my favourite things about meeting new people is getting to invade their music libraries. And yes, I only associate with people with good musical tastes, obviously. Anyhow, that is how I came to listen to The National, a friend of mine lent me Boxer (such a fantastic record, GO BUY IT NOW. it is only of the most intimate, spine tingling things that I've ever heard)...I later bought Alligator, a very good purchase, if I do say so myself.

Why should you listen to The National, you say? Let me count the ways:
1. Matt's baritone is so refreshing in this age of computerized crap. I mean don't get me wrong, I love Thom York's high voice as much as the next guy but there's something oh so intimate about the way Matt sings.
2. Great lyrics. No, really, read them. If you thought the music gave you chills, brace yourself for the poetry shall flow through your speakers/headphones.
3. They are one of those bands with incredible sync and precision. To put it simply, they know what they're doing. Just listen to the drums in 'Apartment Story' if you don't believe me.
4. They were one of the first bands to step up and declare their political backing of Senator Barack Obama, even before Hilary was out of the race. They are not afraid to voice their opinions, which is really cool. They even designed a shirt for him, buy it HERE.
5. They are from Brooklyn, and we all know how most of the world's best bands hailed from NYC.
6. They still have some tour dates!

anyhow, here are a couple of songs for you to enjoy, but do go out and support this great band.

visit the guys on MYSPACE
Posted by Hanan at 8:27 PM 2 comments

Labels: band of the week, the national

every Beatles fan should watch this

John Lennon was too brilliant for this mediocre world.

"we're all Hitler inside, we're all Christ inside" 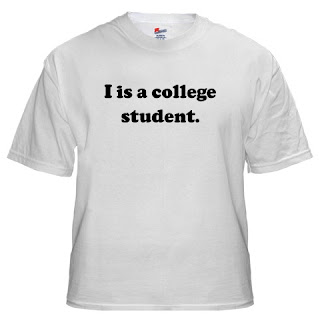 I've been thinking about culture lately, and how your experiences shape the person you are. Seeing as how music is an integral part of all of our lives, I was thinking about how the environment in which we live mediates some form of musical tastes.

Then I started thinking about how a lot of people get into some bands when they go to college (as opposed to bands like Nirvana, The Smiths and The Ramones which people generally start listening to at a younger age). This does NOT mean that you have to go to college to appreciate these bands, just that many people (including yours truly) start appreciating these bands when they are part of the collegiate experience. That is, the majority of people who are NOT part of the blogosphere community, or die hard music lovers.

Anyhow, here is my top 5 list of those types of bands:

5. Bob Dylan
this one is pretty self explanatory, I think.

4. Sigur Ros
the incredible music produced by this Icelandic band has gotten me and many people that I know through finals. thank goodness for Sigur Ros.

3. REM
I've gotten the impression that a lot of people like REM, I just have never met anyone who ADORES them. nonetheless, they put out consistently superb music.

2. Beirut
for me, this was my favourite discovery when I went to college. I was playing Beirut aloud in a friend's dorm's study room a couple of nights ago and this guy across the room recognized that it was Beirut and said that he just got into them and loves them. and yes, he was a freshman, so case and point.

1. Radiohead
I have a confession to make: I never listened to Radiohead (except for being able to identify the obviousness of "Creep" when it came on the radio etc etc) until my first year at uni. One of my friends was actually taking a Radiohead DeCal (student run classes here at UCB) and I accompanied him to class and thereafter got their entire discography from him. good move on my part.
As Cher says while Radiohead played in the background in the movie “Clueless”: “what is it about college and cry-baby music?” That made me laugh so hard after rewatching it last year. Radiohead is very much a band with huge numbers of college student listeners.

thoughts? agree, disagree, want to add to the list?
Posted by Hanan at 3:03 PM 0 comments

The Most Obvious Headline Ever.

yeah, NME does that sometimes.
Posted by Hanan at 9:01 PM 0 comments

because I think that classical instrumental interpretations of rock songs are amazing:

The String Quartet - Where is My Mind (Pixies cover) [mp3]

because Beatles' covers are a-plenty (especially via the I am Sam soundtrack):

The Wallflowers - I'm Looking Through You [mp3]
I love Jakob Dylan.

Elliott Smith - Because (Beatles cover) [mp3]
wow, simply wow. if you want to understand why I worship Elliott Smith, listen to that song

anyhow, last but certainly not least, this is a SPECTACULAR cover of The Band's "The Weight" by Panic at the Disco (don't judge. listen first.)

I really don't give a fuck what you think, Panic is a great band, and they are growing exponentially. Brendon's voice just keeps getting better, as do the instrumental quality of Spencer's drumming, Jon's bass playing and Ryan/Brendon's guitars. they are going to go down in music history as a band popularized then slammed by the internet, but in the end not giving a shit what people think and making really good music. one day, it's gonna be weird NOT to like Panic. they are really good live, I've seen them twice.

anyhow, here's a LINK to more covers of "The Weight"