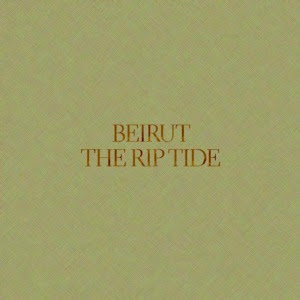 When Sufjan Stevens started making music, he proposed that he would devote an album to each of our great country’s fifty states. And while Michigan and Come on Feel the Illinoise are stunning and gorgeous albums, there wasn’t much of a chance (from a time-constriction point of view) for Mr. Stevens to complete his task—unless he grouped states together.

On the other hand, Zach Condon—the heartthrob prodigy behind Santa Fe-based Beirut presented an equally compelling yet much more doable task. Since his breathtaking debut, Gulag Orkestar, Condon’s musical vision has been to fuse world music with indie sensibility and plenty of lush, layered sounds—horns, percussion, strings—one country or world region at a time. Gulag was inspired by the music of the Balkans; The Flying Club Cup nodded toward France; the double EP March of the Zapotec/Holland simultaneously tackled Mexican music and the Netherlands.

On his third full length album, the one thing that ties each of Condon's songs together is that they all give you the unshakable feeling that you are at a beach. It all starts with the lyrics in opener “A Candle’s Fire” that mention the allure of campfires. Indeed, the lyrics found on The Rip Tide are the strongest and clearest that Condon’s ever written. This is especially striking in light of the fact that Condon has insisted time and time again that his lyrics are more a mode of vocal delivery than anything else—he used to mumble because he wanted his voice to be heard as an instrument rather than a way to deliver poetry.

Perhaps the most striking thing about this record is Condon’s vocals. They’re clearer and more precise, and they really set the mood for the entire album. As always, Condon’s songwriting is simply superb; “East Harlem” and “Port of Call” are two of the strongest things he’s ever released (although “East Harlem” has been kicking around for a while, creeping to the surface for air every so often at concerts). All in all, The Rip Tide is an unquestionably wonderful album, and irritatingly listenable. It’s also much more accessible than his previous albums, because he leaves the baroque-elements to the music and adopts a more normative approach to singing. Yet, it still sounds like Beirut.

That being said, Condon’s musical evolution on The Rip Tide is both swift and natural; he sounds as he always has—at ease and in control, yet the musical progression that he’s made here is vast. Condon is no longer only experimenting with what makes a country’s folk music interesting—he’s actually emulating nature. The Rip Tide is the perfect way to encompass the ocean. The Rip Tide—therefore, isn’t simply the reflection of a certain ethnic group’s music: it harmoniously blends together all of the wonderful elements which contribute to the unparalleled happiness we gain on those weekends at the coast. And for a person who misses the Pacific Ocean like a junkie misses their needle, it’s a much needed source of comfort and joy.

The Rip Tide is now available for purchase digitally on itunes. You can stream the entire thing HERE. It hits your local record store on August 30th.

from: Seattle
signed to: Upbeat Child Records
sounds like: a slightly more refined, slightly more complex take on the garage-blues revival heralded by bands like The Black Keys and The White Stripes

Blood on The Door Post from Garage Voice on Vimeo.

if you're in San Francisco, they'll be stopping by Rickshaw with Cannons and Clouds. ten bucks will get you in. more details HERE

here's their WEBSITE and MYSPACE
Posted by Hanan at 6:18 PM 1 comments

Andrew Bird tour documentary to be released this fall

Andrew Bird is a stunning live performer. He's also one of those musicians who powers through seemingly never-ending tours without complaining (the last time I saw him, it was his birthday. who works on their birthday?!)

Anyhow, this fall, a movie will be released chronicling Mr. Bird's musical triumphs on stage and how they affected him personally. It's called Fever Year and will debut at the Vancouver Film Festival sometime between the September 29th and October 14th. I'll post more info as I get it.
Posted by Hanan at 11:45 PM 0 comments 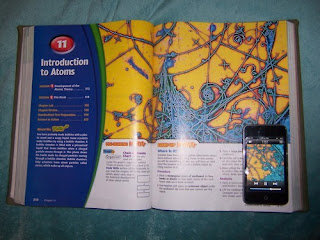 Labels: is this it

band of the week: The Amarylas 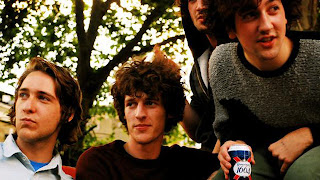 This is awesome. My Spoonful says they're for fans of T-Rex, The Libertines and of Montreal. I couldn't have put it better.

Just listen. This British band is going to get big.

They have a couple of London shows lined up. Click HERE for more info

The Amarylas on MYSPACE
Posted by Hanan at 8:52 PM 1 comments

Labels: band of the week, the amarylas

If you thought Delta Spirit sounded like a barn-yard band before, you're in for a doozy. Watch them perform "Trashcan" for Rolling Stone at Lollapalooza below:

Last week, I was lucky enough to see Delta Spirit perform four new songs at a sold out gig at Lincoln Hall in Chicago.

"Empty House", "Tear It Up", "Idaho" (my favourite) and "Otherside" will appear on the band's third album, which will feature new guitarist William McLaren (who previously played with Cults).

The album will be wrapped up in NY this year and will consist of the ten best songs chosen by the band from the thirty they wrote. Drummer Brandon Young describes the album as "the most exciting thing we've ever done". Delta Spirit are hoping for a February release, but nothing is set in stone yet.

More details in the video below:

Last night, Foo Fighters wrapped up the weekend of music in Chicago with an intense, storm-defying set spanning their sixteen year discography. Dave Grohl was absolutely incendiary, getting the audience riled up and excited throughout the Foo's two hour set. Watching it, I couldn't help but be awed by Dave's enthusiasm, because it was more befitting to a local hero than to a mega-star. But that's just how Grohl is--modest, brilliant, and absolutely badass. At the end of the night, Perry Farrell from Jane's Addiction (who founded Lolla back in 1991 as a farewell tour for his band), came out and hugged Grohl. If you missed out being there or watching the stream, I very much suggest that you devote two hours to watching the following video. It embodies the freedom and energy of rock n roll that is otherwise lacking in hipster indifference.

You can watch the end of Explosions in the Sky first or skip to 16:44 to dive right into Foo Fighters. By far my favourite part of the night was Dave's banter at 1:45:54, before he renders a heartfelt version of "Times Like These". It's bound to make you laugh out loud.
Posted by Hanan at 10:24 AM 0 comments