the new Weezer video kicks so much ass

watch the video for their new single, Pork and Beans, below:

it features a lot of the so called "youtube celebrities". brilliant.

Weezer's new record, yet another eponymous album (this one deemed the red album)is out June 3rd.
Posted by Hanan at 2:25 PM 0 comments

the man is trying to supress me.

so my box account [where I upload all of the songs I post on this blog] was shut down because I've been posting mp3s here so I just went ahead and created a new one. the only songs which I'm reuploading are "The Start of Something" by Voxtrot and "Scared" by Albert Hammond Jr because they were the ones which were downloaded the most, not to mention two of my favourite songs. if you guys want me to reupload anything, I'd be happy to, just drop me a message.

I've just finished my first year at uni, and I'm enjoying the nothingness that I am lucky enough to have right now. more posts soon, I promise, I just need some days of absolute emptyness.

just one scrap of music news that is pretty cool, Alicia Keys wants to collaborate with The White Stripes, because she admires their raw sound and parallels it with her own voice. keep a look out for that [I of course will keep you posted]
Posted by Hanan at 2:38 PM 0 comments

Flight of the Conchords 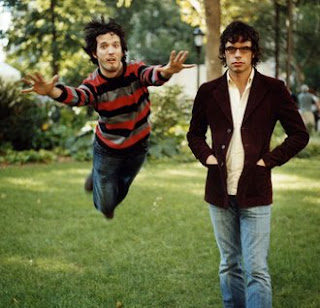 I finally got their record last night. it's ridiculously good. go out and buy it NOW.

these guys are hilarious:

oh, and as of now, Pete Wentz of Fall Out Boy and Ashlee Simpson are married.

F of the C are on tour right now, cities listed below:

stuck in the past. 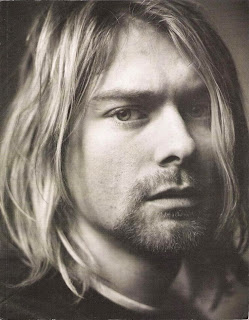 time feels like it's stopped moving. I'm going to honour this moment by listening to one of the greatest, Nirvana.

Kurt Cobain, I bow down to your greatness. may you RIP.