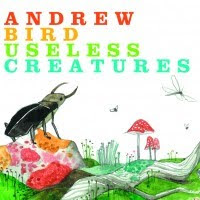 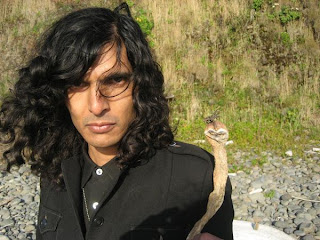 Imaad Wasif is the touring guitarist for Yeah Yeah Yeahs and an accomplished musician on his own merit.
Imaad Wasif - Wanderlusting [mp3]
it starts off so pretty and soft and ends in a furious frenzy of aggressive guitars
visit him on MYSPACE
Posted by Hanan at 9:02 PM 1 comments 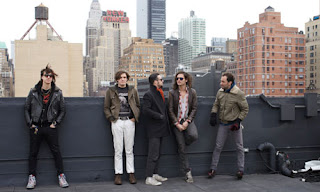 Fab puts it this way: "Julian was such a vocal and particular member of the band – the leader. I think he had a plan of stepping asideso that we would be forced to communicate more with one another."
read the whole article HERE 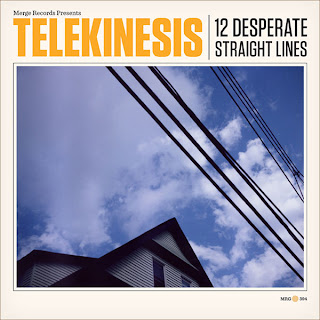 In 2009, Michael Benjamin Lerner released a so-sweet-it-almost-could-make-you-sick debut album of hesitant love songs under the name of Telekinesis (which ended up being #1 on Music Induced Euphoria’s year end list). He wrote all of the music and played all of the instruments on the album, which Chris Walla of Death Cab for Cutie produced. His first words were “I’ve got a heart but it’s afraid to love//sometimes I think the damn thing’s full of rust”. Now any self respecting musician would never release the same album twice, so what did good ol’ Seattle musician go and do? Write an equally enticing if not as instantly alluring break up album called 12 Desperate Straight Lines, once again doing everything himself and recording with Walla at Jackpot! Studios in Portland. This time he opens with “We fell in love in the summer//by the springtime we were done”, paving the way for an album hailing bitterness and detachment above all else. "When you see me, you're gonna cry, you're gonna cry," he declares. He nods to the Cure on "Please Ask For Help" and "Country Lane". When Lerner does melancholy, he does it through and through, relying heavily on bass and sharp repetitions renouncing the love which he so desperately sought previously. “50 ways” is a tantalizing ode to heartbreak and is like a darker version of the Paul Simon classic. Powerful, controlled drums reign supreme on "I got you", a song that emulates the darker songs on Final Straw era Snow Patrol. “Dirty Thing” takes you back a bit to the sweet guitars of the debut but overall, the whole album is heart wrenching and digs deep into the darkest recesses of your memories. However, the album concludes with Lerner looking towards the sun, singing "I gotta get it right now" with The Thermals providing the back up "whoa uh oh oh's". He can't help himself, when all is said and done, he's an optimist who relies more on the Kinks than Joy Division for musical inspiration.

must watch video: The National on La Blogotheque

this version of "Ada" is magical.

and here's an older song of theirs that I just heard today:
The National - All Dolled-Up in Straps [mp3]
from the Cherry Tree EP (2004)
BONUS:
download The National's Black Sessions from 2003 and 2005 (French Radio)
Posted by Hanan at 3:10 PM 0 comments

Labels: must watch video, the national

if y'all were angry that MSG tix were 70 bucks...
The Strokes are playing a free show at SXSW on March 17
anddddddddddddd
daaaaaaaaaaamn.
Posted by Hanan at 2:43 PM 1 comments 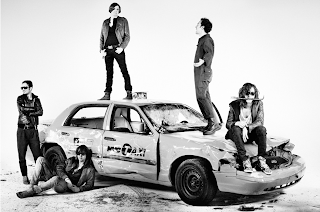 via TMA
photo by Ryan McGinley
Posted by Hanan at 2:05 PM 2 comments