Band of the Week: The Raconteurs 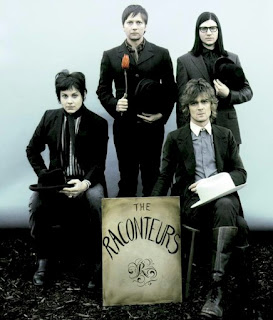 Jack White is an incredibly talented man, I doubt anyone could argue otherwise. however, I do feel that his talents are not fully tapped in The White Stripes. for this reason, I regularly turn to The Raconteurs for a nice dose of Jack. even in his new project The Dead Weather, I feel like he is more of a behind-the-curtain voice of (sinister) reason rather than the heart and soul of the band. The Dead Weather will always sound more like what it is: a collaboration. The Raconteurs, on the other hand, is Jack's proper music baby. the one with the trust fund and well documented progression a la photo albums and/or banjo fascinations.

with two well rounded and highly listenable albums under their belt, The Raconteurs combine the very best elements of blues, folk, and good ol' rock, best expressed through Jack's unmistakably memorable vocal deliveries. the live shows are killer too.

The Raconteurs - Together [mp3]
from Broken Boy Soldiers

The Raconteurs - You Don't Understand Me [mp3]
from Consolers of the Lonely
and a crazier one, just for good measure:

Labels: band of the week, the raconteurs 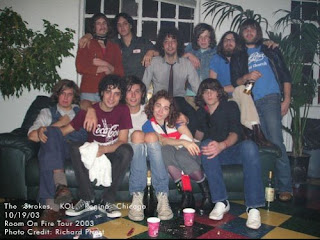 thanks to Allie for bringing this excellent photo to my attention!
happy weekend everyone.
Posted by Hanan at 9:16 PM 6 comments 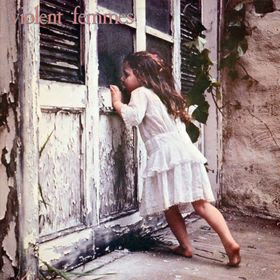 I really like the Violent Femmes. if I listened to them more, I could claim that I loved them, but alas, they are one of those great bands that have (up until now) eluded my focus. one of those bands that really makes me wish that I worked in a record store and could spend all of my time listening to new music. because itunes will never replace that amazing feeling of coming across gems like this album in the clearance rack of your favourite record store, and that glorious feeling of recognition of being in the presence of greatness, in musical pioneer form. because all of that will make me listen to this band more, and I will inevitably become a better person in doing so.

this is the first track from their self titled 1983 debut, and it makes me smile just to imagine all of those alternative kids listening to this album while everyone else gushed over Duran Duran. 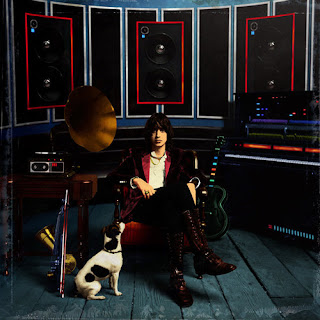 thanks to everyone who emailed me about this,

you can now sample each and every track from Phrazes for the Young a la the Deutsch Amazon.

if I am going to be completely honest, I was actually really surprised to find out that the critics are spot fucking on: it sounds NOTHING like The Strokes. this troubles me a bit. tracks 1, 4 and 7 really intrigued me, but, I dunno, I had different things in mind. is it so bad that I really don't fare well with super experimental stuff? I'd much rather listen to Never Mind the Bollocks any day of the week.

I think at this point, I am just going to wait for the proper album release. what do you think?
Posted by Hanan at 12:00 AM 12 comments

White Denim - I Start to Run 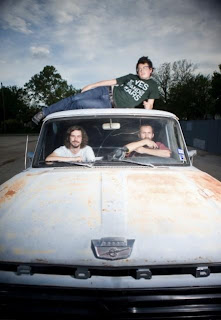 this is track of the day from RCRD LBL (the website which first exposed me to the band!) and it commemorates the long-awaited US release of the band's sophomore album, Fits, next Tuesday

the song sounds like it's on drugs, which is a great thing. I will definitely be picking this album up.

head on over to download the song and read a review of the album, or you can download it below:

visit the Texan boys on MYSPACE
Posted by Hanan at 10:35 PM 2 comments

y'all must have noticed that I repost things every now and then, especially things that I love.

today is no exception.

this post was came into existence because I watched this last night and it got me really excited about her concert at the Fox in a couple of weeks. I'm pretty sure Little Joy are opening. I love everything about Regina, down to the fact that she was "discovered" by my favourite band and then proceeded to make sexy videos with them (see above). and I mean "sexy" in the Holden Caulfield sense.
Posted by Hanan at 10:24 PM 10 comments 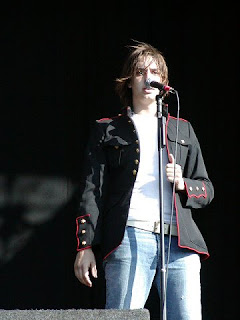 Connor from the UK was nice enough to send me a bootleg called Triple J and I was about to publish a post with all of the tracks until I realized that it was a bootleg I already had...labelled as "live at the wireless". the moment of realization was when I heard Jules call NYC Cops a love song. oh well, y'all might as well give the bootleg another listen, it's gold!
thanks anyways Connor! and if any of you ever stumble upon a live version of "Fear of Sleep", send it to me, because Connor is dying to hear it.
I am such a shameless Is This It junkie, these bootlegs make me salivate. the band clearly sounds young here (and in other similar 2001 performances): the cadence is faster, yet more deliberate. I love it.
Posted by Hanan at 10:21 PM 11 comments

I miss this Jules. the one who didn't let his record label fuck his fans over. I really am quite pissed over Phrazes, but I know for a fact that my anger will dissipate when I hear the album. alas, I am terrible at being patient.
Posted by Hanan at 11:03 PM 17 comments

I'm in a concert mood today.


I think I actually have all of the videos to this concert somewhere on my external harddrive. I'll upload them to youtube soon.

what a masterfully created setlist. I love that they played "Ask Me Anything" at a festival. personally, I think the song is genius, but I could see how a person not familiar with The Strokes might be put off by it. yet they have the audacity to play it in front of such a large crowd, despite Julian claiming "it's pretty much a guaranteed bad idea". I love that.

unfortunately, like most of their 2006 concerts, their are almost no songs from Room on Fire.
Posted by Hanan at 10:29 AM 4 comments 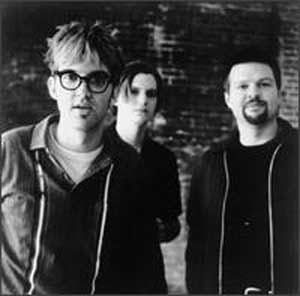 I just realized that I forgot to do a Strokes post yesterday. I had a chance to go online, but erm it must have slipped my mind.

Band of the Week: Arcade Fire 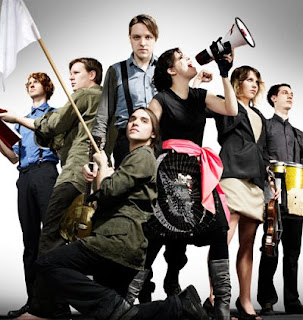 I love Arcade Fire, and their orchestral sound is especially electrifying while one is under the influence of mind altering substances. They have produced two perfect albums, and their live shows are said to be unparalleled. The band is currently working on their third album (which I am eagerly awaiting, especially because of the subsequent tour), while enjoying being featured on the trailer to Where The Wild Things Are

The thing I really like about Arcade Fire is that they don't try to be quirky or deliberately unique and nothing ever seems forced from them. Their perfectly balanced sound is a result of their naturalness; the smart way with which they approach music lets their craft speak for itself. They are dedicated to their musicianship, and leave the silliness to other bands.

Their music includes baroque elements without sounding sleepy, on the contrary, it's quite stimulating. They are one of a handful of bands that I am dying to see in concert. Arcade Fire consists of Win Butler, his wife Regine Chassagne, Richard Reed Perry, William Butler, Tim Kingsbury, Sarah Neufeld, Jeremy Gara and Owen Pallett, who play various instruments that get your blood tingling. They even did a cover of a Clash song, check it out in this week's Sunday Morning Covers.

this is one of my favourite videos on youtube:


visit the band on MYSPACE
Posted by Hanan at 9:34 AM 3 comments