cheers to Olivia for the tip.

I am currently revisiting Transference and g-d damn Britt Daniel owns my soul, yes he does.
Posted by Hanan at 6:02 PM 4 comments 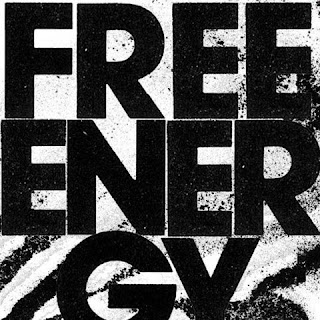 the fantastic Philly band will grace your television this St Patty's. the band is also all over SXSW this year.

their debut album, Stuck on Nothing, was released digitally last Tuesday, and I will review it when it gets its physical release in May.

in the mean time, enjoy the following live version of one of the tracks from the album

visit them on MYSPACE
Posted by Hanan at 11:22 AM 1 comments

Ryan Adams is back! 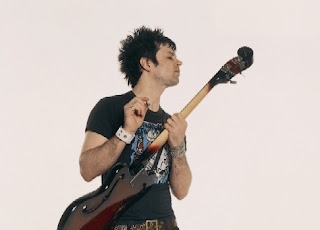 because, all amazingness aside, his youtube channel has never quenched my relentless thirst for Ryan Adams. thankfully, though, he's gone back on his "I have quit music" schpeal and it looks as though a new LP is about to see light of day! huzzah!

"We're going to begin pressing ORION -- my most legit METAL record -- on vinyl next week."

is it bad that I am rooting for his marriage to fail? 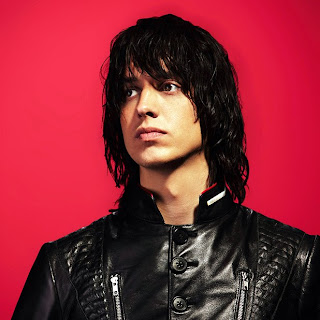 cheers to Shane for the heads up about Julian's 11th D 7". I still haven't gotten my xmas single from amazon. bastards.
Posted by Hanan at 12:31 AM 6 comments 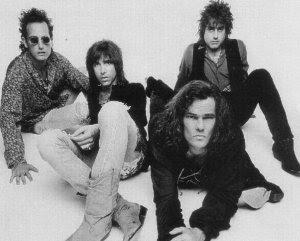 is this not the perfect mixtape song?

I am currently reading I Drink for a Reason by David Cross and laughing my ass off. I had no idea he had a book up until two days ago. anyhow, no offense to Tobias, but Mr Cross's greatest moment can be seen below: 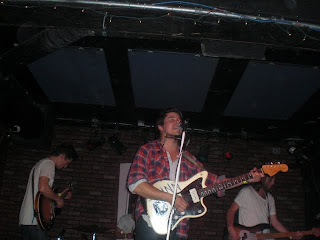 Delta Spirit shows get me pumped like no other. They are real people making real(ly good) music and there is nothing more to it. You really don’t need anything else. Monday night’s show at Bottom of the Hill was their self dubbed trial run of songs from their forthcoming sophomore album, and it was fucking epic. The album, which will be called History From Below, was crafted as an ode to Howard Zinn before his recent passing. It was influenced by lead singer Matt Vasquez’s love for the late historian as well as Tom Waits and will see a release on June 8th. A supporting tour will follow. 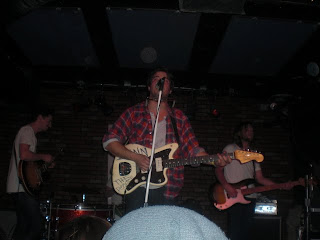 Now for the good stuff. The band had me and the rest of the crowd completely mesmerized by their newer material. I was just spinning my copy of I Think I’ve Found It and realized how much Delta Spirit have honed their sound lately. The songs have a cleaner rock feel, which I realize sounds kind of bad but it really isn’t. The arrangements are more thought provoking, or as much as they will allow it to be, seeing as how noise making is their favourite thing. The only other band that makes music that makes me feel like Delta Spirit songs do is The Gaslight Anthem, but they’re in a completely different musical boat.
The second half of their set was composed mostly of older material, which the band nailed, no question. Damn it to hell I love them. They are definitely still my favourite live band, and will continue to be until August. 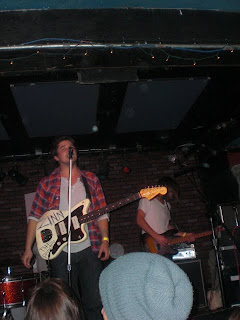 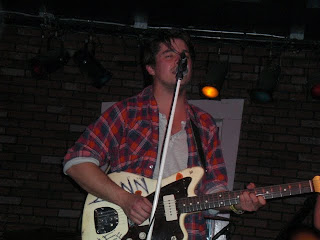 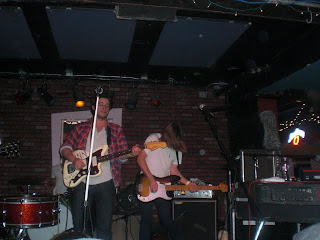 Dave Quon, the lead singer from opening band We Barbarians, has been filling the vacancy as guitarist since Sean left the band. He was really great and has my vote to become a permanent member of Delta Spirit.
Highlights of the set were “Strange Vine”, “Vivian”, and, of course, “Motivation" (which they closed the set with). When they encored with "Trashcan", I knew all was well in the universe. Bless them. 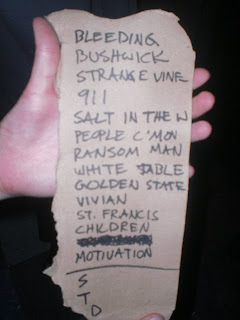 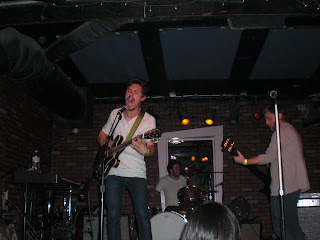 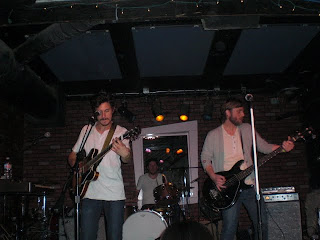 I’m still uploading videos so keep your eyes peeled for those, but here’s something to hold you guys over:
Posted by Hanan at 10:22 PM 3 comments 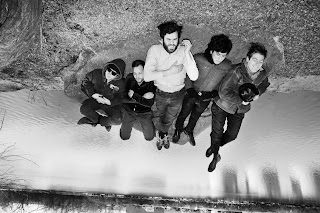 y'all might be familiar with Dr Dog via the incredible "Heart it Races" cover I've posted a few times on here. you'll be pleased to know that a new album, entitled SHAME, SHAME will be released April 6th. there will also be a Jimmy Fallon performance on the release date. you can grab a free mp3 of the album's first single below and then check out the tour dates 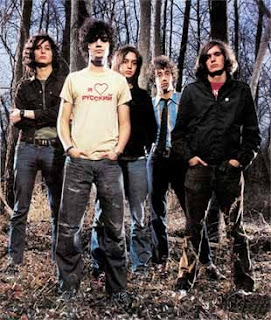 I totally scared my roommate when I started screaming when I read...
THE STROKES ARE CONFIRMED FOR LOLLAPALOOZA THIS YEAR!!!!!!!!!!!!!
Julian says:
“It feels great, because I remember people writing things like ‘We’ll see if they’re still around in 10 years’ when we first came out.” (read more HERE)
to celebrate this momentous occasion, I'm giving away a vinyl copy of Is This It. leave me a comment telling me what your best festival experience thus far has been and how it inevitably will be trumped by August's epicness.
I hate birthdays but this year will change everything. I'm turning 21 the day after the festival ends.
Posted by Hanan at 9:04 PM 15 comments 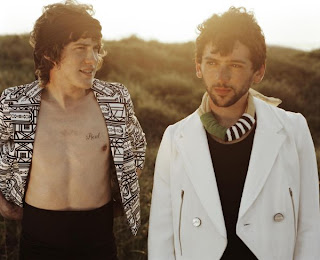 there's something about being absolutely exhausted and then listening to trippy music...mmm

I am very much digging these two tracks. way to go, Andrew n Ben.
Posted by Hanan at 12:24 AM 12 comments 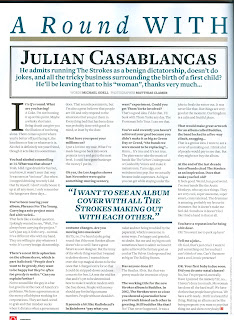 band of the week + record review: The Morning Benders 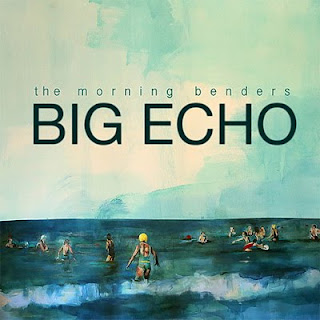 The Morning Benders are very good at many things, and likeability is high on that list. On Talking Through Tin Cans, their irresistibility came from their channeling of The Shins but executing it like early Beatles. Syrupy, instant feel good record? Yes please.

And, just as alluring as the opening chords to “Dammit Anna” were on their previous full length album, The Morning Benders begin Big Echo with the ever comforting crackling sound of vinyl, and diffuse into a ballad—yes, a ballad and a fucking good one at that—“Excuses”.

When did this happen? When did The Morning Benders graduate from elementary school and enter the quiet realms of teenage heartbreak? The atmosphere evoked is like journeying through 80’s melancholia, whilst refraining from actually channeling bands like Joy Division or The Smiths. Big Echo is like that quiet kid in the class who was secretly in love with you…subtle, reserved but overflowing with emotion just waiting to be found out.

But it doesn’t stop at that, the record is full of surprises, like when they dabble into the musical territory of fellow SF band The Dodos on “Cold War (Nice Clean Fight)” or when they get uncharacteristically aggressive on “Hand Me Downs”. Go out on Tuesday and buy this record, and listen to it as you drive to the beach, before it gets sunny and warm. Cloudy days have never seen a better soundtrack.

you can stream the whole record HERE, but just know that it's gonna make you want to hold this album in your hands even more than you already do.
Posted by Hanan at 12:41 PM 3 comments 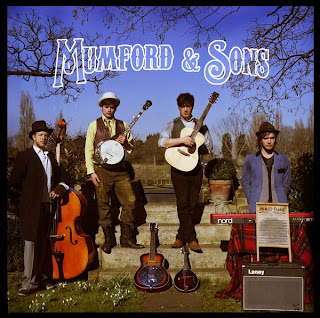 Elliott Smith - Out On The Weekend (Neil Young cover) [mp3]

Cut Off Your Hands - The Witch (The Sonics cover) [mp3]

Rufus Wainwright - Across the Universe (The Beatles cover) [mp3] 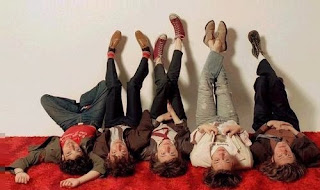 I think I will post a bootleg tomorrow. I am going to spend today writing letters and then go for a bike ride. I love Sundays.
Posted by Hanan at 12:39 PM 2 comments