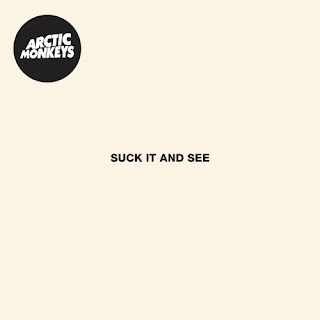 Arctic Monkeys have come a long way since their hyperactive debut album, Whatever People Say I Am, That’s What I’m Not, evolving into a darker, more mature sound heavy on the drums and distortion. They have changed and they have blossomed, but there are certain essential elements which define the band that haven’t changed since 2006. Alex Turner’s interesting lyrics and voice that makes anyone melt weave within songs that are both subversive and groovy.
That being said, Suck it and See is much more like the Sheffield band’s second and third albums than their debut. It seems like the band have found what really drives them artistically and continue to push the limits therein. They draw a lot from the far away guitar sound that Johnny Marr perfected in The Smiths and all of the songs on their fourth album - whether aggressive or slowed down - are deeply emotive. This album makes you feel things, and that's what makes it great. There is not one weak link here, and while the songs are all superbly crafted, they somehow form a very cohesive album when taken together.

“Black Treacle” hosts a super familiar guitar lick and “The Hellcat Spangled Shalalala” could have been taken from Pulp’s discography. “Library Pictures” draws from Arctic Monkeys’ second album more than any other track on Suck It And See, however, there are many allusions to their past work throughout the LP (the following track, “All My Own Stunts” sounds like a song from their third album Humbug). “Love is a Laserquest” is eerie and gorgeous like “Cornerstone” was before it. “Brick By Brick” cements the band’s place as a serious rock band (and one under the wing of Josh Homme), no frills, just volume.

The title track may be the best love song Turner has ever written, and it’s not the lone romantic sentiment on the album. Turner sings “when she laughs the heavens hum a stun gun lullaby” on “Reckless Serenade”, easily the best track on the album, which builds itself over a simple bass line and Alex’s slowed down croon. Here we find AM at their finest, cohesive and slowed down, and leaving an imprint on your memory that is not easily forgotten. 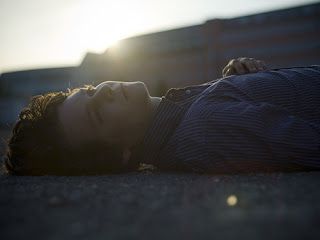 I love this track because it reminds me of The Walkmen's Lisbon.

Beirut - Goshen by ListenBeforeYouBuy
Beirut's fourth album is called The Rip Tide and will be released at the end of the summer.
Posted by Hanan at 10:55 PM 0 comments