watch the band's first video for their first record's first single below:

for a record review and mp3s, click HERE
Posted by Hanan at 4:07 PM 2 comments 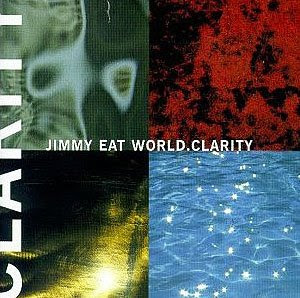 I will be at the Fillmore show. "Clarity", which was released in 1999, (was that really a decade ago? I had just started middle school...) is such a good album, I got it from the clearance rack at my local record shop for 2 bucks.

I know this is kind of weird and random, but I always wished that Jimmy Eat World would cover "Such Great Heights" by the Postal Service. I feel like they'd do it justice (there are a few covers of SGH out there that I don't particularly enjoy)
Posted by Hanan at 3:47 PM 0 comments

my NME newsletter sometimes confuses me

behold, a quote probably taken out of context:

I totally didn't realize that Donald was the antler boy in FOB's video for Sugar We're Going Down! I haven't seen the video in YEARS and I just started liking the Virgins this last Spring. I just rewatched it, Donald looks so young! I love how he always sounds drunk in interviews. when I met him, he was incredibly polite. Nick's a lot of fun. I love these guys.

Labels: nme, the strokes, the virgins 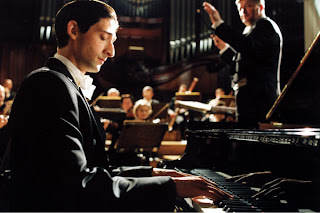 I am a sucker for soundtracks, I really am.

I watched the Pianist a couple of nights ago and I've been listening to the soundtrack pretty obsessively since. therefore, I'm dedicating today's SMD to the two ballades on the album:

both songs are incredibly beautiful and moving. I don't understand how some people think that classical music is boring. it can be so expressive, so powerful.

Band of the Week: Modest Mouse 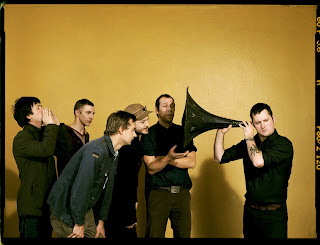 these guys have been off the radar for a while, since their latest record, We Were Dead Before the Ship Even Sank, which dropped in 2007

nevertheless, they remain one of my favourite bands. the Washington based boys have been around since 1993 (although they have had a handful of band member trade offs, all in good humour of course), and they are as awesome as bands come these days. they haven't burnt out, and are taking a well deserved break right now, but this doesn't mean that we should take a break from listening to their magnificent melodic musings

what is that you say? you aren't familiar with this band? what, have you been living under a rock with no access to indie culture for the last decade and a half? before the Kings of Leon even picked up instruments, these guys had perfected the art of combining critical acclaim and indie audience approval

visit them on their OFFICIAL WEBSITE
Posted by Hanan at 11:05 PM 5 comments

it's called "A Crippling Blow" and it rocks.

this is what I've been waiting for. quality a la Spaceman or Neon Tiger. aggressive bass, great vocals that DON'T make Brandon sound like a 890's pop diva and an insanely catchy keyboard chord progression. the sound is space-y without being wussy, the guys have taken a page out of Bowie's book. and I approve. whole-fucking-heartedly.

I LOOOOOOOOOOOOOVE IT. I knew I liked it from the first couple of seconds. the title is very appropriate. now I don't even have to force myself to like Human (even though it HAS grown on me). this song gives me hope that the review I read about this record being better than both Hot Fuss and Sam's Town is true. this song draws the strengths from each record: the incredible synth sound that made us fall in love with the Killers and the more refined and mature songwriting that came with their later work.

The Killers - A Crippling Blow [mp3]

I will keep posting this if it gets taken down. this must be shared! tell all your friends.

and to you stupid copyright people, I'm trying to get people interested in Day and Age! so all my readers, make sure you support the Killers by buying their merch and going to shows (if they aren't sold out, which they probably are)

I am a huge Killers fan. I woke up two hours early to make sure that I could get tickets, and I did, and they sold out a minute later. I own three Killers shirts, all of their albums and their posters are all over my wall at home too. so fuck you, people who think that sharing leaked songs online is stealing. I love The Killers. end of story.

The Whigs - The Kids Are Alright (The Who cover) [mp3]
Whatever happened to the hype around these guys? it seems like nobody cares about this cool Athens, GA based band anymore. well, I still think they're relevant

Jason Mraz - Piano Man (Billy Joel cover) [mp3]
Jason shines when he covers songs, or when he sings his original stuff. ok, yeah, I just fawn over his brilliance

Mates of State - California (Phantom Planet cover)
so much better than the original version, featured on the OC

visit The Whigs on MYSPACE
Posted by Hanan at 1:29 PM 0 comments 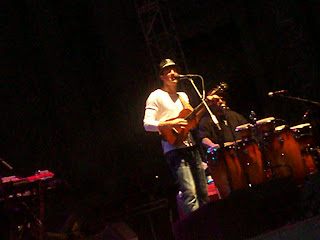 Last Sunday, Jason Mraz graced the Greek Theatre in Berkeley with a pitch perfect performance filled with happiness and love and sunshine (metaphorically). Despite forecasts of rain, Jason managed to “stop” the rain, saying that it never rains on his sunny fans. The enormous outdoor venue was PACKED, there were no free spaces. Every seat and every inch of space was occupied with Jason’s loyal fans. 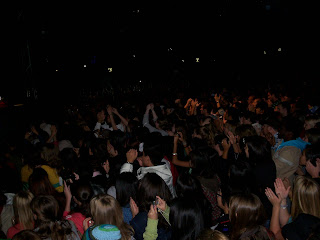 I never realized how many people appreciated Jason, whom I like to call a pop princess (in the most endearing sense of the word). The concert was SUPERB, incorporating Jason’s eclectic range as a singer, from jazz to reggae to pop to rock. He introduced a cover of Rick James’ “Mary Jane” by saying “I hope you all love ukulele funk as much as you like ukulele light rock [“if it kills me”]”. The best part of the show was when Jason emulated the notes a bandmate of his played with a saxophone with his voice. It was amazing. 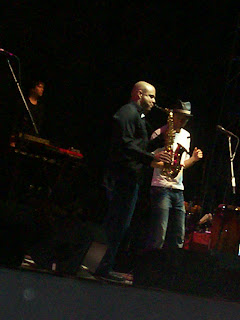 Jason encouraged everyone in the crowd to go out and vote, and endorsed Barack Obama with pictures of him on the screen while he sang the verse “Try to picture the man” in “Live High”. 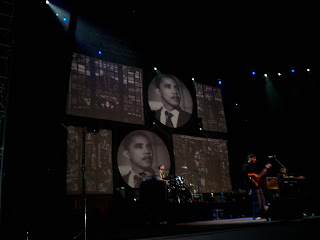 He also reminded the crowd to vote no on Prop 8, which unfortunately passed anyway. He entertained the audience throughout the show, defining dating as “the act of making appointments to see one another again” (I swear it was funnier when he said it) and encouraging the crowd to participate in dancing and singing.

The only downside to the show was that the opening acts were on for way too long (the concert started at 3 and Jason didn’t come on until after 5), and neither of them were any good. His supporting bands were a UK band called Two Spot Gobi and an Irish singer named Lisa Hannigan who joined him for "Lucky" 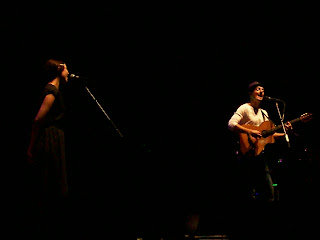 Jason’s set more than compensated, though; my only complaints are that he didn’t play “You and I Both” or “I’ll Do Anything” (my favourites by him) and that his set was too short. Ok, so it wasn’t that short, he played for about an hour and a half but I wanted more! It was seriously one of the best concerts I’ve ever been to, and the acoustics were surprisingly good for an outdoor venue. Jason Mraz is one of the best things about pop music right now, and his live performances bring a sweet spin to his already wonderful songs. If Mr. A-Z comes by your town, check him out! He was worth every penny of the 60 dollars that I spent on my ticket, and then some. I couldn’t stop grinning for hours after the show. Now this may seem like a biased review, but in reality it is a very accurate review of a fantastic and talented musician who promised to be back next year. =) 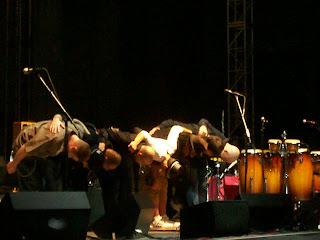 The Dynamo of Volition:

seriously, this one got to me.

Build Me Up Buttercup: