Tuesday night’s concert at Great American Music Hall was defined by a couple of things. First, and most notably, superb vocals all across each of the three singer’s sets. And secondly, the acknowledgement of the bitterness which remains after relationships go bad, and nothing is left but sad memories to inspire sadder songs. 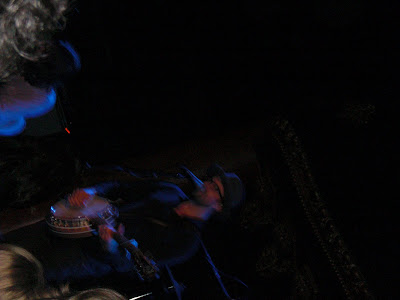 Jesse Harris opened the night, and his music was the most upbeat of the three. I actually got there a bit late, so I didn’t get to hear his whole set, but what I did hear, I enjoyed. He was on the banjo, with only drums to accompany him. His performance was so striking that everyone got upset when he left the stage, obviously eager for more. Jesse also played guitar during Joshua’s set. His claim to fame? Try a couple of Bright Eyes appearances (I'm Wide Awake, It's Morning and Motion Sickness), and a Grammy for his songwriting and guitar contribution on Norah Jones' "Don't Know Why".
The guy knows his music.

Visit him on MYSPACE 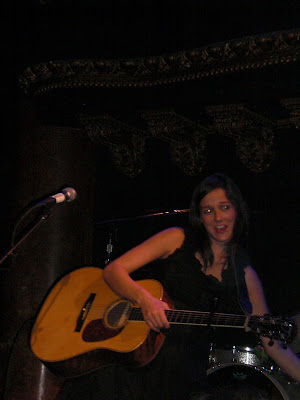 Next on was Meiko, who, sadly enough, was not as musically endowed as her predecessor. While I absolutely adored her voice, which kind of reminded me of a less squeaky E.G. Daily, this woman absolutely desecrated the instrument that was previously known as the guitar.

Meiko started a trend which Joshua later continued, that of telling pretty intricate stories before singing almost each one of her songs. “Real Real Sweet” was directed towards a jealous ex girlfriend of a friend of hers who ruined their friendship, thinking that Meiko was fooling around with the guy. She wanted to “mess with her head”. The evening was full of spite and bitterness, or, as Joshua deemed it, “salty songs”.

Joshua Radin was absolutely stunning. Each of his songs were rendered perfectly, I was quite surprised that he did just as well with his faster, electric songs as he did with his more signature slow sad ballads. New song “She’s So Right” was inspired by his love for Tom Petty, specifically the four hour documentary Runnin’ Down a Dream, which he admitted to watching “at least seven times on this tour”. He declared that it is required viewing for any music fan and also said that he really wanted a WWTPD wrist band (for What Would Tom Petty Do). I’d probably don one myself. 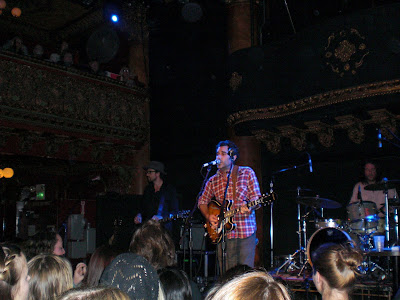 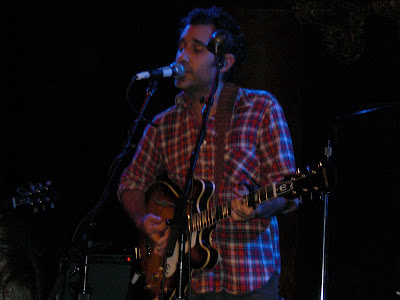 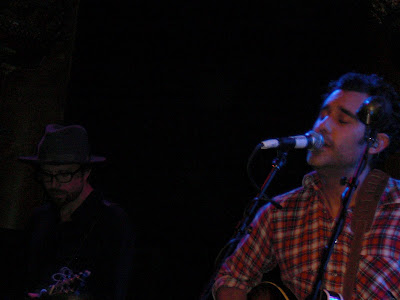 His attitude ranged from humourous (he called the audience his myspace friends) to brutally honest. He admitted to “falling for the sad ones”, which obviously left an impression on him. He repeatedly apologized, determined that the audience know that he wasn’t trying to be deliberately callous. His nervous spurts of honesty were refreshing, musicians rarely ever bear themselves on stage anymore. He did it both when he explained his songs and when he actually sang them. While his body language was quite stiff and reserved, his voice had the exact opposite effect: it opened his insides for everyone to see, unabashed and tragically beautiful.

When Meiko came on stage again to join Joshua for a song (“Today”), she paled in comparison. Joshua has it all: talent, a great ear, a powerful singing voice, and the ability to captivate a full venue for his entire set to the extent that it was, indeed, as he deemed it, “pin drop quiet”.

I highly recommend that you catch him in concert, he reminded me of how powerful a song can be without punching you in an angry rock’n’roll frenzy. His intricate simplicity combines the best of Elliott Smith and Jason Mraz. His live sound far surpassed any of his studio stuff. I had a spectacular time.

Have to disagree with you about this show - I think Meiko was the highlight of the night. Every girl wanted to be friends with her, every guy wanted to have beers with her. Personality plus. AND cute. Everyone related to her lyrics and I think people appreciated hearing the stories behind the songs.

I usually agree with your reviews - not this time. Then again you recently wrote that you feel music > sex, so maybe you're losing the plot? ;)

I liked her, I really did, but her guitar playing was awful. AWFUL. the best bits of her set were when the band backed her up

oh, if only you knew what music does to me, then maybe you'd understand.

thanks for the feedback nonetheless.

Meiko is fantastic... think your way too harsh on that review :/

shes gorgeous and her voice is amazing and listening to the story before hand is intresting.. knowing abit about her life.. I dont think its bitter at all, some people write thoughts in a diary.. she writes songs.. no different, the girl is great

go see Delta Spirit in concert, then tell me Meiko is great.

once you've seen incredible openers, you can't go back to enjoying mediocrity.