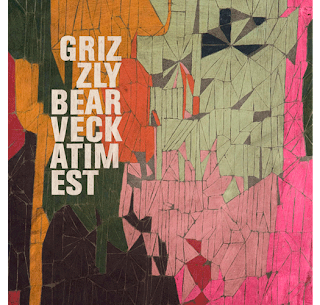 The new Grizzly Bear album is one of the most boring things I’ve heard all year. Regardless of how many times their lead singer sings “oh whoa” in “Cheerleader”, he never comes across as either sincere or even mildly interesting. All I’ve read about this album is how perfect it is, how it’s the embodiment of everything that is right about current indie-pop (sorry, guys, but that title belongs to Phoenix’s new record).

So why is it that the first time I put the record on, I couldn’t get past the fourth track? That I had to force myself to go back and give it another couple of chances, none of which left any lasting impressions? Reality check: this record will not change lives. It lacks substantial creativity, it is by no means melodic or riff heavy, and I can’t imagine how anyone would have any parts of any of the twelve songs stuck in their head. Even lead single “Two Weeks” fails to sustain my attention, all it does is remind me of a toned down version of a really annoying MIA song. Am I supposed to enjoy the rattle of cell phones buzzing?

I know what people will say:
Hanan, you just don’t understand Grizzly Bear. You don’t like this kind of music. Your brain isn’t advanced enough to wrap itself around this Pitchfork-approved genius.

To this, I have my reply ready:
Give me one song on Veckatimest that moves you to tears. That urges you to get up and dance uncontrollably. One song that tickles your soul or prompts you to be politically aware.

Yeah, that’s what I thought.

Fuck this shit, I'll wait for the new Arctic Monkeys release instead, thank you very much.

Now don't get me wrong: I think Grizzly Bear is a decent band. I prefer Department of Eagles, but I did enjoy their last release, Yellow House. I even liked their contribution to Dark Was the Night. Furthermore, the following performance really did take my breath away, so I suggest that you all watch it a few times rather than waste your time with Veckatimest :

Now excuse me, I’m going to go listen to Meat Is Murder--a true work of inspired art--rather than delude myself into thinking that something is great just because everyone is raving about it. And this is where the entire blogosphere hunts me down with their pitchforks. haha, look at that, an unintended pun.
Posted by Hanan at 8:59 PM

Thank you for this. I feel the same way.

YOU'RE NOT ALONE.
I agree completely.

Ha...an album does not need to include songs that move you to tears to be amazing. This album has not strayed more than 5 feet from my turntables in three weeks. To me that is genius!

i feel sorry for anyone who can't click with this record. i think it is great.

to each their own. I also can't stand anything by the Dirty Projectors, which is probably blogging heresy but I don't care.

Yeah! I hate that I can't bring myself to like the Dirty Projectors after Julian mentioned them hahah.

well I first listened to the album after seeing them in SPIN (I usually trust that magazine above all else, they have really good taste) and I really didn't like it. I gave it a couple more tries, still nothing. so I gave up on it.

when Jules mentioned them, I went on their myspace to give them another go, and I closed the page about ten seconds later. awful, awful music. Julian mentioned a bunch of NY bands, so I guess it's just him trying to get the word out about his local music scene.