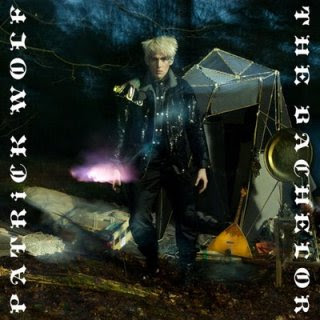 Listening to this record is like frolicking through a mystical forest in a JRR Tolkien book. But that’s just one aspect of it. The Bachelor 's eclectic collection of songs is really radically different from Patrick Wolf’s old work, but strangely, completely appropriate. It is darker, but different in a good way (think Beck's move with Modern Guilt ).

The record itself embodies an obvious internal struggle Wolf must be experiencing with his creative genius: he obviously is trying to evolve past his established persona as a king of all things electronica and industrial (only an Anglo could pull that one off), and while he cannot completely detach himself from his past, the first six songs on the record deliberately tread into classical territory, emulating (recent) Radiohead and Andrew Bird more than anything else (strangely, while managing to sound nothing like either artist). In these songs, he layers soaring violins and urgent pianos with his always powerful vocals to deliver an incredibly chilling and enthralling listening experience.

The title track echoes QOTSA’s “No One Knows”, first with a violin, and then with a thumping piano beat. The lyrics “I will never marry, marry at all” are much more straight forward than that Morrissey song, and the delivery is equal parts Antony Hegarty and Kurt Cobain.

The sixth song, “Thickets” takes you into the world of hobbits and other fantastical creatures, but only if you want to go. It also serves as the definitive divide between the first, experimental, classically-approved portion of the record, and the latter half, in which Wolf reverts to his old ways, and does so beautifully. It’s as if he is reminding you that he is still the Patrick Wolf from The Magic Position, only smarter and more worldly, not to mention much more musically proficient.

This record is epic but not contrived, complex but not pretentious; best of all, it’s one of those great rare albums that truly allows you to imagine things and leaves so much room for interpretation, making you feel half as creative as Wolf (as opposed to listening to, say, Zach Condon’s music, which always leaves me incredibly depressed, feeling like a useless, talentless piece of shite in comparison to anything with the label Beirut).

Each song tells a different yet equally gripping tale, enticing me to analyze the entire thing track by track. But I’ll leave that to you, dear readers, because that’s half the fun.

This is, by far, the best, most innovative, well rounded and musically advanced record I've heard all year. And it's only part one of a double album, the second half of which shall be released next year, and will be called The Conqueror.

Patrick Wolf - Damaris [mp3]
from the first ("classical") half

Patrick Wolf - Count of Casualty [mp3]
from the second ("electronica") half

the record dropped today, so what are you waiting for? get your butts out to your closest indie record shop and assert your rights as consumers with great taste.

Patrick Wolf will be playing a show at Slims next Monday. Atrocious band Jaguar Love is one of the openers, but aural redemption will inevitably ensue.

visit him on MYSPACE for more music and tour dates.
Posted by Hanan at 12:17 AM

Those records are perfect even more when this is related with wolves and mystery, I like those kind of records and also I like to be involved in creepy places.

This collection of songs are totally radical, I think it would be perfect to create a movie with those tracks I mean as an inspiration it's the same thing like Viagra Online Blog because we can experiment something different.